English prepositions are easy with the in-on-at pyramid

Are your students struggling to memorize the prepositions? Moreover isn’t it a bit confusing to explain all different examples? Why are my hands on the table, am I in the building and at the desk? Don’t worry. In, on and at is often confused among Spanish ESL students. Probably because these three prepositions can be translated to one Spanish preposition: “en”. Often it’s complicated to memorize all these specific cases and it feels like there are no rules. However the English prepositions are easy with the in-on-at pyramid.

This pyramid can be divided into two parts: time & place.

-> In is used for something big: centuries, decades, seasons, months and weeks.

-> On is used for something smaller: dates and days of the week.

-> At is used for something small: the time of the day.

The prepositions can as well be used for places. For example: I am in Madrid, on the Fuencarral street, at the shoe shop. “In” is used for the city (Madrid), “on” for the street (Fuencarral street) and “at” for the specific location (shoe shop). So in general:

-> In is used for places where you can be inside or surround you completely: the world, countries, cities & enclosed spaces.

-> On is used for places where you can’t go inside but stand on: surfaces and streets.

-> At is used for places which are very specific: exact locations and addresses.

-> The “in” of “in 5 minutes” means approximately and does not mean “within”.

So next time when you're practising these English prepositions with you students, use the pyramid! Easy peasy, right? 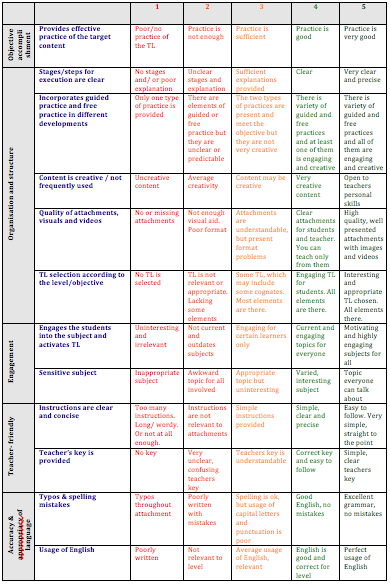